CFP: McGill University's Journal of the Council for Research on Religion (JCREOR)

What Does the United Nations Represent? Reflecting on 75 years of Conflict Resolution and the Promotion of Equity and Human Rights

The editors of McGill’s JCREOR: The Journal of the Council for Research on Religion are pleased to announce a call for papers for our forthcoming volume (Vol. 4, Issue 1). This issue will be dedicated to critical reflection on 75 years of the United Nations as a global organization. Celebrations began on September 21st, 2020, and will continue until 2025, a period which commemorates the 5-year drafting process of the Charter of the United Nations.

The United Nations was born as a response to the atrocities of the Second World War, with a mandate to mitigate international conflict, promote human rights, and ensure that humanitarian needs are met in times of crisis. It is committed to a stance of non-interference in state affairs, as well as to mitigating conflict through peaceful means.

JCREOR is thus interested in submissions which explore some of the following questions:

The submission deadline for Vol. 4 Issue 1 is October 3rd, 2022. Submissions received after this date may be considered for subsequent volumes or issues. Articles should fall between 5,000 and 10,000 words in length, including footnotes. Longer items may be considered but should be discussed with the journal editors prior to submission. For detailed submission guidelines, please consult the Guidelines for Contributors on our website (https://creor-ejournal.library.mcgill.ca/about/submissions#onlineSubmissions All electronic correspondence should be sent to the editors at the following email address: amanda.rosini@mcgill.ca

JCREOR is an interdisciplinary, refereed journal published semi-annually by the McGill University Library. The journal combines the talents of professors and graduate students in offering space for scholarly discussions on various aspects of the academic study of religion (https://creor-ejournal.library.mcgill.ca/index). 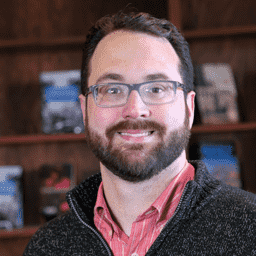 « Call for Papers - National Association of Baptist Professors of Religion »